“True compassion is more than flinging a coin to a beggar. It comes to see that an edifice which produces beggars needs restructuring.” 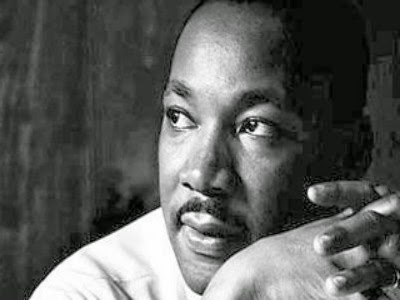 The preceding quote by Martin Luther King, Jr. is one we ought to bear in mind in our efforts to define how society needs to deploy the social tool of government. It calls us to question our ultimate vision for how our communities, states or provinces, nations, and world are constructed in our dreams.

The incremental steps now underway in our own legislature and the disturbing realities of a paralyzed national political stalemate can only be finally accelerated in the former case or in the latter broken by an active and powerful majority addressing the future. Any examination of the “edifice” we presently endure, especially in the politically structured economic sense, comes up far short of any desirable dream precisely because it produces poverty either willfully via income gap widening or as just the acceptable collateral damage of market forces.

A true revolution of values, inferable in the quote examined, is what Dr. King called for in a fiery anti-war speech delivered on the anniversary of this day in 1967 one full year before his assassination also on this day in 1968. (One must regretfully digress in thought to wish that year had somehow stretched to decades so the dream of the future could have be continually placed before us, agitated for as necessary, and ultimately realized or on the pathway to realization.)


“A true revolution of values will soon cause us to question the fairness and justice of many of our past and present policies. On the one hand, we are called to play the Good Samaritan on life’s roadside, but that will be only an initial act. One day we must come to see that the whole Jericho Road must be transformed so that men and women will not be constantly beaten and robbed as they make their journey on life’s highway. True compassion is more than flinging a coin to a beggar. It comes to see that an edifice which produces beggars needs restructuring.”

“A true revolution of values will soon look uneasily on the glaring contrast of poverty and wealth.”

Pausing for self-examination as individuals and parties to ensure we know what edifices to tear down and to build up for the long term is a task we need to remind ourselves to undertake periodically. Doing so keeps true values in the forefront as we strive to build the future.

We on the left truly need to illustrate our ultimate vision to expand our reach. On an issue by issue basis much of this country is already with us but binding many more to us with an overarching dream is what will create an active and powerful majority to yield substantive and transformative results.

In a macro sense it can be argued that the right has placed before this country a more cohesive dream of individually driven bootstrap independence and unfettered market glory to yield life’s satisfaction with winners and losers merely being the neutral output of the economy. Yet when distilled it fails on an issue by issue basis exposing its core philosophy as corrosive. Its overall approach is well entrenched and tried in our history and it has been and is an absolute failure.


Dr. King’s wisdom still urges us to strive beyond ‘tossing coins at beggars’ and remains a powerful argument that we must employ our collective values through our self-governance to restructure our society for achieving economic justice and equality today. We need to place a vision before our sisters and brothers that moves beyond transitory position marketing and into the realm of aspirations shaped by commonly held value beliefs.
Posted by Bruce Bourgoine at 5:28 PM No comments:
Email ThisBlogThis!Share to TwitterShare to FacebookShare to Pinterest
Newer Posts Older Posts Home
Subscribe to: Posts (Atom)